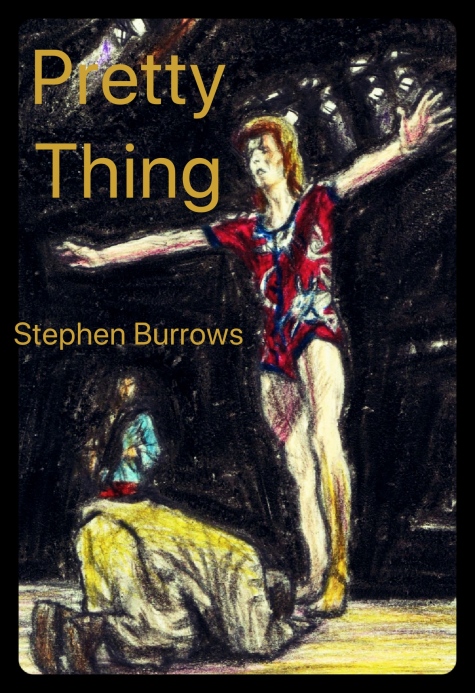 A love story, a mystery… and David Bowie

2015. Alice, a world-weary woman, meets a stranger in the park. She is a refugee of failed relationships, none of which have ever measured up to her first love, Danny. The stranger attracts, but is there any future with him, and why is he such a mystery?

1972. Alice meets Danny, a shy and beautiful boy at the youth club disco. They fall in love. Then, Danny sees something on ‘Top Of The Pops’ that changes him. He becomes obsessed with ‘Ziggy Stardust’, but is it ‘love’, or something else? He embarks on a personal journey to find his true self that leads him into ‘Rock ‘n’ Roll’, the orbit of a rising star, and a darker life.

Meanwhile, David Jones is trying to find his path to stardom. When he does, it shatters convention, blasting the grey early Seventies world away in a riot of glitter, ‘glam’ and trashed sexual boundaries. Nothing will ever be the same again. For him, Danny or Alice…

A work of Historical Fiction. Part love story, part thriller, and the story of David Bowie’s rise to stardom as ‘Ziggy Stardust’; this book is historically accurate. Recreating some of Bowie’s live appearances as Ziggy Stardust, it is a compelling tale of love, sexual awakening, betrayal and cultural conflict. Set in 1972/3 and 2015/16 and filled with Seventies nostalgia and details of the ‘Ziggy’ story.

Find it worldwide on Amazon. Available in paperback and Kindle formats 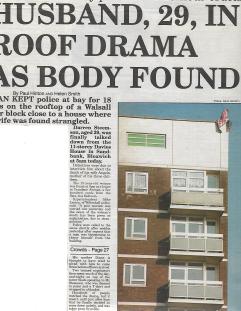 A second year of crime-fighting

A year of crime-fighting 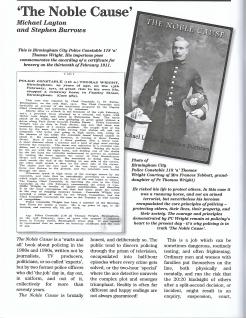 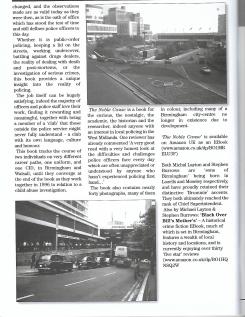 Article courtesy of Carl Chinn MBE an iconic figure in raising the profile of the history of Birmingham. ‘The Noble Cause’ is available as an E Book or in paperback on Amazon UK https://www.amazon.co.uk/dp/B01MRELU3F/

A historical crime fiction book and sequel to ‘Black Over Bill’s Mother’s’ – its 1976 and there are clashes on and off the pitch when Birmingham City and Aston Villa were both in the same Division. The clashes off the pitch involve two determined gangs of organised ‘hooligans’ vying for supremacy on the streets of Birmingham. Using their personal experiences in the police the authors seek to bring to life the characters within these two ‘tribes’ as the story-lines are weaved through a series of actual match results for those who love the history of the ‘beautiful’ game. As they battle with each other they keep one eye on the third ‘tribe’ – the police. Detective Inspector Rob Docker returns as the violence escalates and for those who have read the previous book he doesn’t play by the rules! Added to the mix is a love-story that threatens the very being of the groups – who will win and what will the final score be. https://www.amazon.co.uk/dp/B06XJV689J/

This book explores the issues of football-related violence, past and present, on the railway, as well as incidents in stadiums and city-centres during the 2015/16 seasons and at the Euro Games. It includes a number of personal recollections from retired police officers as well as some proposals for change and an academic view-point. Critically the book features a section on sectarianism and racial abuse within the sport – a very topical subject currently. Whilst observers of the game will quite accurately allude to the fact that things are not as bad as the 1970s and 80s it is worth pointing out that football still suffers from problems inflicted on decent lovers of the ‘beautiful game’ by a significant minority. A couple of extracts on racial incidents are included in the post the first of which was in 2007.

Yesterday this book celebrated its 26th review – twenty five of which are five-star reviews. The remaining one comes within the category of what are often described as ‘spoiler’ reviews where someone deliberately puts a negative review on Amazon UK in order to discourage potential readers from looking at it. They are very easy to complete and very hard to get taken off Amazon’s system. We have experienced this on a few occasions before but as writers the only choice really is to develop a ‘thicker skin’ and hope that people see them for what they are.

‘The Night The Owl Cried – A Taste Of Cyprus’ is a true-life story, plus history, culture, places and food between 1965 and 1983 and one hundred images. It will bring back memories for those who have already visited Cyprus and provide a real insight for those thinking of holidaying there or even making it their home. Above all else it is a family story and one of love and hope which shines through even in moments of crisis. https://www.amazon.co.uk/dp/1549649485/ Feel the warmth of the sunshine as the story unfolds! 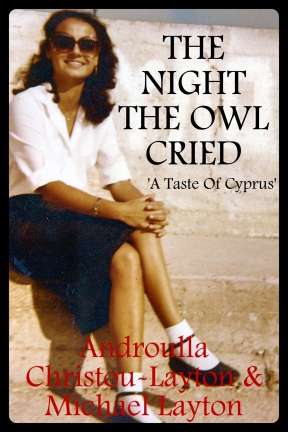 A historical crime fiction book which covers the period between 1943 and 2004. The book is set in Birmingham and elsewhere and weaves together factual incidents as well as music and culture into a story involving serious crime and corruption. The book currently has fifty-five very positive reviews and is a big read in both size and story-lines as it spans several decades and other continents. With more deaths than you have fingers this is not a book for those exploring ‘happy endings’ and ‘feel good factors’ but if you want a story that will leave you guessing right up to the end this one will suit you well. Some very powerful characters who have also started to make appearances in other books by the co-authors they are both victims and perpetrators and its not always clear which. One aspect of the book is the use of the titles of songs in each chapter for the year in which the story is set. For those who love music this will drag you back in time. Recently pitched as a potential film script a number of reviewers have recognised some of the ‘Peaky Blinders’ parallels. This was the first fiction book that Mike Layton and Steve Burrows worked on together – they ‘own’ the main characters and identify with some aspects of their personalities – but fortunately not all! By the end of the year they are hoping that this book will form part of a four book set. Most of all this book puts Birmingham at the heart of the story-line. As both authors are ‘Brummies’ it just had to be!