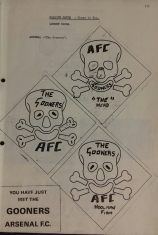 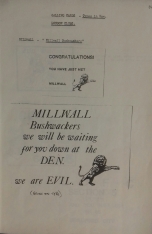 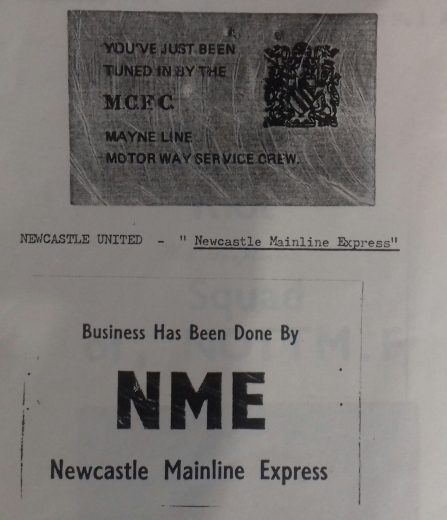 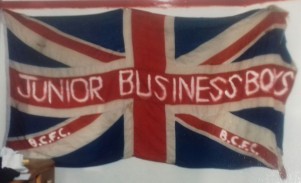 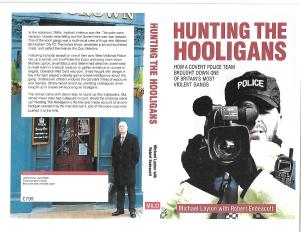 All of us are familiar with the concept of ‘business cards’ but at the height of violence perpetrated by gangs of ‘organized’ football hooligans in the 70s and 80s the concept took a sinister twist when gangs created their very own ‘calling cards’ which were often left at the scene of violent confrontations with opposing gangs. There were even versions with a peel-off sticky back that could be stuck on victims who had been attacked. One of the favoured weapons in the 80s was the stanley-knife which left deep and very painful injuries. Both authors have been involved in football policing over the years and some of our books reflect those experiences. In fiction terms ‘Keep Right On’ deals with two fictitious gangs affiliated to Birmingham City and Aston Villa in 1976 whilst ‘Hunting The Hooligans’ recounts the true story of a police operation to tackle Birmingham City’s notorious ‘Zulu Warriors’ in 1987. Some copies of ‘calling cards’ are attached.